The 3MT Global Competition, the university network Universitas 21's flagship competition, invites PhD candidates from across the network to present their research in a short three minute video presentation. The aim is to explore the importance of communication and showcase the research from talented students internationally. Each member of Universitas 21 (U21) can nominate one PhD candidate who then enters the competition for the global U21 prize. In 2022, Universitas 21 received 20 pre-selected entries from member universities across the globe.

In this year's competition, Emilio Dal Re of the University of Zurich was among the three winners, together with Merryn Baker of University of New South Wales Sydney and Paula Nunez Pizarro of Pontificia Universidad Católica de Chile. 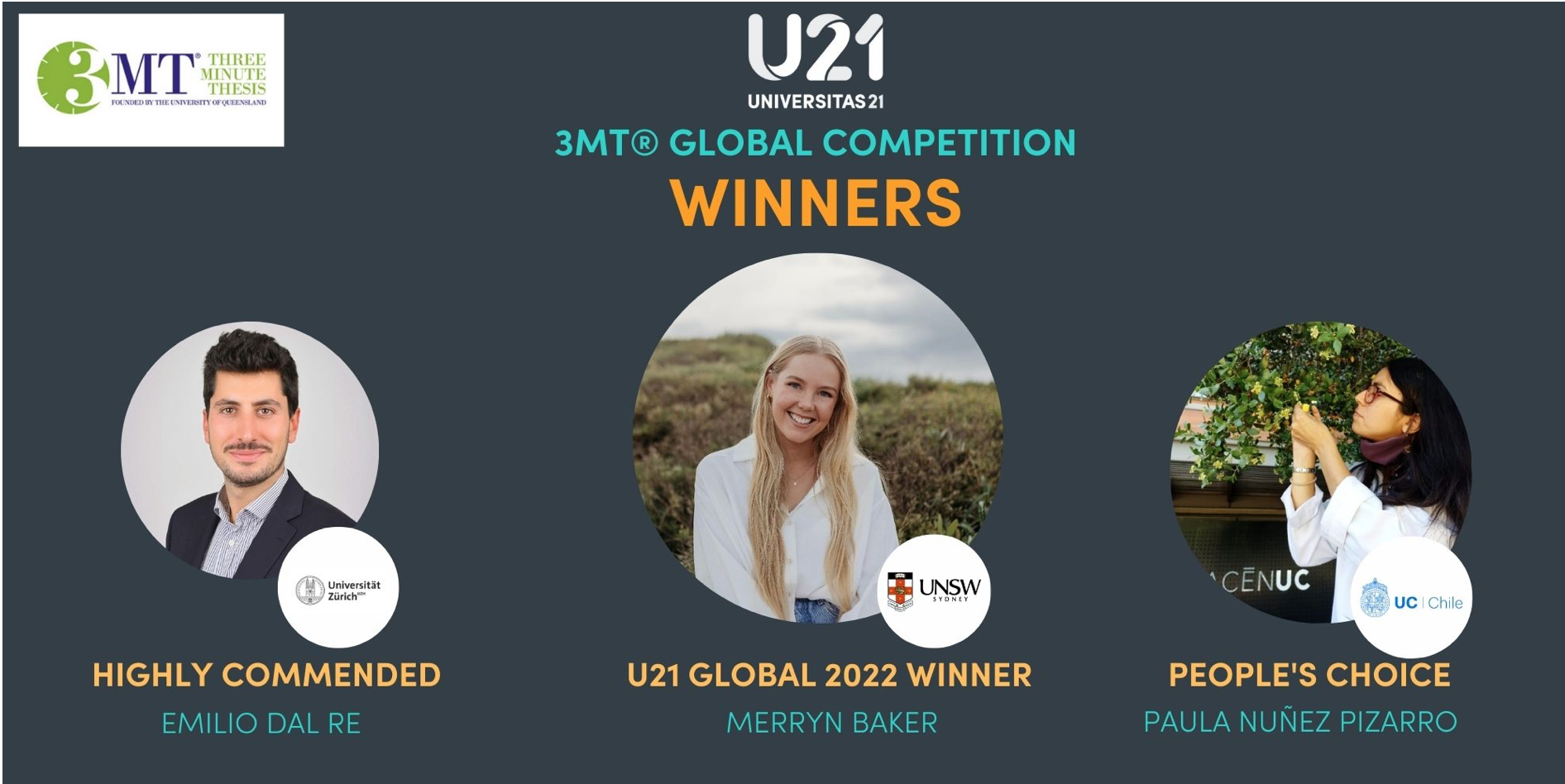 Inspiration for Emilio's research titled "Coffee Rust – Unintended Consequences of Organic Agriculture" came from a simple ritual – brewing a cup of coffee. Unsure about the real economic benefit of organic coffee to coffee farmers, Emilio went on a research journey that took him to the heart of Central America. In Guatemala, he discovered that switching to organic production in hopes of making a better living led to the destruction of farmers' crops by a microscopic fungus known as "coffee rust".  Through his research, Emilio was able to create a real-time map of coffee rust fungus to prevent its spread. The map can already be used by local farmers.

Emilio told U21: "I am very thrilled to be the globally highly commended award winner of this year's U21 3MT competition, especially considering how compelling and engaging the other finalists' presentations were". I hope that my thesis has managed to bring more attention to the topic of sustainable development, and convince people that sometimes good intentions, if not properly executed, can make things worse."

The video in which Emilio explains his research, as well as the other 19 entries to for the 2022 U21 3MT Global Competition, can be viewed on Universitas 21's website.